I started making burp cloths when we were pregnant with my son. I don’t know if it was the nesting instinct or what, but I wanted to have something for him that was handmade by mommy.

They turned out to be so handy! I backed them with terrycloth and boy is that helpful when there’s spit-up. I’m at the age where everybody I know is having babies, so I’ve started making burp cloths for them for their baby showers.

Just like me, the friends I have made these for have kept the gender a surprise, so I’ve made the burp cloths gender-neutral. Which worked out fine, as there’s plenty of cute fabrics to pick from. (Unlike if you’re shopping for baby items… I swear 90% of things only come in pink or blue.)

Here’s a sample of some previous ones: 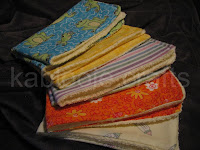 Made these for my son just using any random fabric I could find in the house. Some was flannel, some was knit, and some was plain cotton. The knit turned out to be my favorite – soft but absorbent. 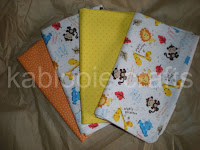 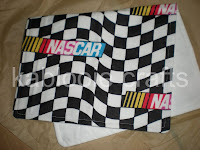 Here’s a set made for a friend. I LOVE the animal print fabric, and it was knit! Tried a knit backing on it too. Made it look a little “cleaner,” but I’m not sure how it compares when cleaning up a mess.

Her husband is into things like Ford trucks and car racing, so as a joke I made him a “manly” burp cloth, too. 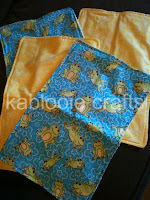 Yes, I’m also in love with the froggy fabric. It’s from Walmart, I believe. This was for another friend, and I went back to the trusty terrycloth backing.

So, a cousin was expecting and they found out that they were having a little girl. I was excited to have a little change of pace and make something definitely girly. Plus, I had this beautiful fabric left over from another project. Here’s how hers turned out! 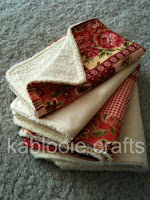 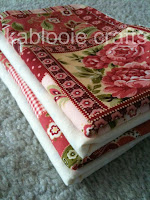 They’re super simple (probably even could say ridiculously simple) but so handy. They’re wider than the burp cloths that I bought at Carter’s. They’re just rectangles that I made the pattern for, and made the edges curved. Sewed the print to the backing (terrycloth, knit, whatever you like) wrong-sides together, turned inside out, and finished off the edges by sewing around it again.

I’ve contemplated making the next set of them in more of a curved shape, so they go in a little at the middle and fit better on the shoulder. Honestly, I’ve never had a problem with the shape these are, but it might be even better that way. I think you could also finish it off a little nicer by adding trim around the edges, but these have the terrycloth around the edges which again is handy for cleaning. 🙂

I don’t much care for the terrycloth I got from Jo-Ann’s, because it’s very uneven and scratchy. Once I use up mine, I might try just buying a towel from Walmart and cutting that up…

My sister-in-law is expecting twins, and although it’s not her first pregnancy, I think she’ll appreciate any help she can get. I found some fabric that I think she’ll just ADORE. She’s a geek like myself, so it’s a ton of fun to get her gifts. That’s going to be a follow-up post!