I was really excited to finish off these burp cloths and get them sent out to my sister-in-law, who is expecting twins. The last set I made got a little delayed, and by that I mean the baby was born before I got those out the door. Whoops!

So, my sister-in-law loves a lot of geeky things (she fits in very well with my family) and one of those happens to be Superman. She’s expecting twin girls, and even though this isn’t her first pregnancy, I figured with the extra load of two babies, maybe some extra supplies might be handy!

So, here is the newest set of burp cloths: 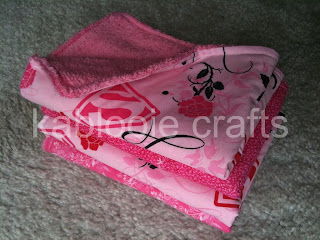 I found this great pink Superman (okay, more like Supergirl) fabric online from Hancock fabrics, and even though I was trying to keep from doing tons of pink, it was TOO cute to pass up! The other two pink fabrics were from some quilting quarters that I had stashed away already. 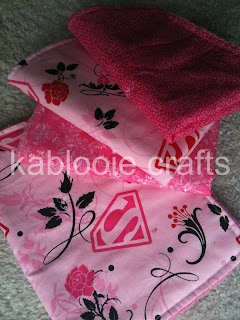 There were two things that I wanted to tweak from the previous attempts at burp cloths.

One was the terrycloth. I needed some new terrycloth for these anyway, and since I really don’t like what Jo-Ann’s carries, I decided to try buying a towel and cutting it up. Target had these great towels on sale that were super soft. I almost wanted to just keep the towel for myself, it was so nice. It was a bit thicker than I’d wanted, but what the heck… I’m hoping the quality is good and that it doesn’t disintegrate or anything.

The second thing was having some way to keep the layers from becoming bunched, shifting or bubbling after multiple uses. The cloths that I’ve made for my son were extremely handy, but after time started to shift a bit, and now some of them are pretty lumpy looking.

I tried a few things, like sewing two straight lines down the middle, but didn’t really like how that turned out. Then I started playing with the fancier stitching modes on my machine and settled on this one: 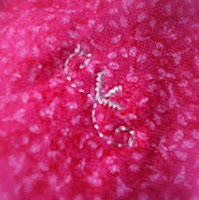 Cute, huh? It sort of goes with the print on the fabric anyways. I did two of these on each cloth, 5 inches in from the short edges and (sort of estimated) at the center. Like this: 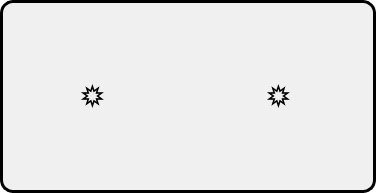 Paired them with a small rice bag, because pregnant women and new mommies have lots of aches that need soothing! 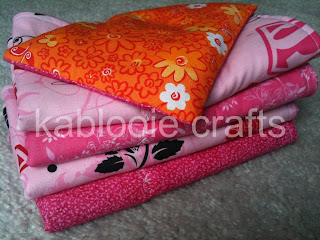